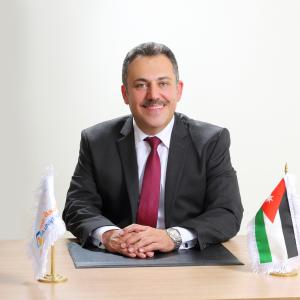 Amman Arab University has been established as a pioneering in the field of scientific research and the development of human knowledge, and to produce a generation of young people who are qualified and efficient and able to take responsibility in the different areas of law.

Amman Arab University has been established as a pioneering in the field of scientific research and the development of human knowledge,and to produce a generation of young people who arequalified and efficient and able to take responsibility in the different areas of law.

The Faculty of Law is one of the faculties of the university, which is always working to perform the mission of the university in terms of knowledge of the law, through providing the Jordanian society especially and the Arab community in general, legal efficiencies characterized by rationality and wisdom, and at the same time carrying a noble goal to achieve justice in  different legal communities on the one hand, on the other hand to convey a humanitarian message to promote peace and human values of justice and positive communication between human societies.

We in Jordan and in the Arab world, need legal capable competencies of innovation and access to the spirit of the legal text in order to achieve justice among members of the community and this can be achieved only through a deep understanding of the latest legal theories in various branches of law and at the same time realizing  different legal systems in the world in general, and  Islamic jurisprudence in particular, through scientific research and comparative studies, which will lead  to a deeper understanding of Jordanian law and to identify deficiencies or shortcomings , and then put the necessary proposals to develop it in order to serve the national interest.

Hence, the graduates of the Faculty of Law, whether the Master's or doctoral programs are recognized for their scientific competence and for holding various legal positions, both in the field of justice or law, teaching or administrative work and as consultants in the public and private sectors.

The Faculty of Law, through its constant work of scientific knowledge development and the spirit of scientific research and creativity among students, it is at the same time eager to instilling in them the values of democracy, and respect for dissent and the recognition of the other, so as to achieve its goal of producing a generation of young people working to strengthen the social structure , and to promote democracy and legal culture of the upper human values of justice, peace and respect for dissent and the recognition of human diversity, to follow the means of peaceful democracy in the political and social reform and at the same time the renunciation of violence and intolerance in all its forms and types.

The Faculty in its continued efforts to achieve its goal of building a qualified and efficient legal generation, it is also working on a review of the study plans both for undergraduate and graduate students, and development in line with the legal developments, both at the local level and at the international level, in order for the graduate to be conversant with the issues of his day and at the same time keen to develop his legal abilities in the future.

Dean of the Faculty of Law